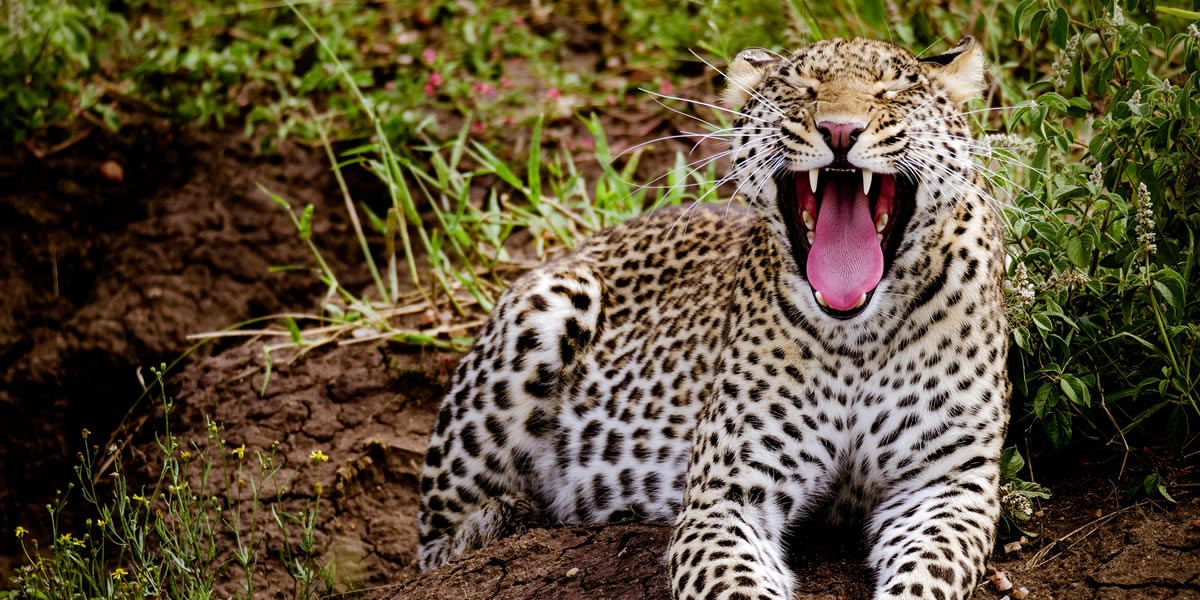 Mbale is the nearest city neighbouring the Pian Upe Wildlife Reserve which is located in the North Eastern part of Uganda mainly in Nakapiripiti district with a total of about 8 other districts which the reserve straddles.

Before gazetting Pian Upe as a Wildlife it was a famous battleground for the Pokots from Kenya and the Karamojong who are pastoral groups living in arid areas where during the long dry seasons the herdsmen mostly the Pokots left their permanent settlements and move the cattle to where there is pasture and water crossing forcibly into this area and the high value placed to cattle among these tribes makes them raid and have a warfare within which men re noted for their bravery and wealth.

Pian Upe, Matheniko & the Bokora corridor all the way into Kidepo Valley National Park has the main road which forms the boundary where both tribes intersect to raid one another, there is basically no peaceful existence, these tribes live in a state of fear and tension all the time and mostly in temporary structures always put up hurriedly after the raids which are easy to destroy with fire. However, Peace has since returned to this region, and tourism introduced for the better of the communities as the government of Uganda has made attempts to disarm, has given incentives and made a promise to protect the Karimojongs

Established in 1964, Pian Upe Wildlife Reserve had previously been declared as Debasien Animal sanctuary and it is the second largest conservation area to Murchison Falls National Park covering an area of 2,788 Square kms lying north of Mount Elgon and managed by the Mount Elgon Conservation Department under the Uganda Wildlife Authority. This house to vast Savannahs is under consideration by the government of Ugand to elevate it to National Park status which efforts can be witnessed by the re-introduction of lost wildlife like the Giraffes of recent, many mushrooming lodges in and around the reserve as well as plans to open up more areas and involve the communities for tourism development and enhance visitor experiences making it one of the recent and fresh tourist destinations  in Uganda with stunning and authentic sceneries teaming with wonderful landscapes and virgin cultures.

How Pian Upe wildlife reserve got its name

There is a pastoral subgroup among the Karamojong people that popularly lived within and now lives around Pian Upe Wildlife Reserve whose entire life rotates around cattle and these are called the Pians. Research has also come out to prove that the word ‘Pian’ means a person with a calm heart in Karamojong and on the other hand ‘Upe’ is a Kalenjin speaking pastoralist community of the Karamojongs  with a Pokot origin in Kenya and is now settled near Pian Upe Wildlife Reserve in Amudat district and also the Pokots use the word ‘Upe’ to define an enemy thus the origin of the word ‘Pian Upe’.

This Wildlife Reserve has become one of Uganda’s top bird watching destinations probably due to the virgin grassland and wooded habitats that create an incredibly welcoming habitat for dry country birds and unique mammals that are highly sought not leaving out the overall greyish brown Roan Antelope and Cheetah. Dotted with the Red acacia and Bush willows with Harrisonia abyssinica together with the skies as a great habitat for many birds of prey, on the search look out for Secretary Bird, Four Banded Sandgrouse, Quil-plover, Fawny Lark, Abyssinian Scimitarbill, Red-fronted Tinkerbird, the Fox’s Weaver has plenty of nests on the main road trails and being the only bird endemic to Uganda, this make Pian Upe one of the birding havens in the country, almost a must see as they are breeding around Feb/March, Hartlaub’s Bustard, Jackson’s Hornbill, the almost endemic and uncommon Karamoja Apalis, Beautiful Sunbird, the rare Ostriches which are better seen while in this reserve related to Kidepo valley national park, Bruce’s Green Pigeon,  Yellow-bellied Eremomela, Wailing Cisticola, Red-fronted Warbler, Hunter’s and Pygmy Sunbird, Yellow-billed Shrike, to mention but a few as put into consideration that this is the best Reserve for spotting Ostriches.

Other tourist attractions or activities in Pian Upe Wildlife Reserve

Pian Upe Wildlife Reserve is a chain of other jewels of attractions including the Matheniko and Bokora corridor which extends way up to the Kidepos and lower south to the Mt. Elgon National Park making it a connexion of different and rare wildlife species that have happened in space and time of these savannahs thus holding a few species not found anywhere else in Uganda like the unique non miaowing but bird chirping Cheetah with its unsheathed claws compared to other cats has more chances of being seen in Pian Upe, the few remaining Uganda’s populations of the locally extinct from Kidepo and Lake Mburo sturdy limbed Roan Antelopes.

Among the slayers that the reserve hosts we have records of the medium sized and doglike Jackals commonest being the Side Striped Jackal, the big footed and large blunt clawed Spotted Hyenas, coalitions and pride of Lion, Leopards, the heavily built and large pawed Wildcat, the nocturnal African Civet, the slender long-legged Serval Cat among several cats, roam the different coridors and vast un settled savannahs within and around Pian Upe Wildlife Reserve.

Alongside the health populations of predator’s there must be prey to check species numbers and these are mostly herbivores and rodents of different sizes and within the Reserve, we have the largest antelope  – Common Eland which can also be found further north in the Kidepo Valley National Park and is the South western Lake Mburo Savannah Park, the leafy eared and only member of its genus, the Oribi,  the cylindrical hooved Klipspringer, the Gunther’s Dik-dik, one of the easiest snack for any predator, Jackson’s Hartebeests or Kongoni, Common Zebra, the leaping and the animal of Uganda’s emblem, the Uganda kob Africa’s most common and graceful antelope the Impala recently relocated to the Reserve from Lake Mburo National Park, the Aardvark which is like was made from other parts of different animals, that is to say the long snout that end with a pig-like nose, rabbit-like ears, tail similar to that of the Kangaroo, to mention but these features, Cape Buffalo, Waterbuck, Common and Blue Duiker, the shy and camouflaging Bohor Reedbuck and great even and odd toed ungulates the find a safe haven in Pian Upe Wildlife Reserve. The dog like Olive Baboon, Varvet and Patas monkeys are the common primates in the Reserve, the Guinea pig looking Rock Hyrax, yet not a rodent, the clumsy on land but very agile in water Crested Porcupine, the cunning African Hare, Hedgehogs can all be found in the reserve.

Due to the seclusion of Pian Upe Wildlife Reserve from the string of the most highly visited protected areas in Uganda, Pian Upe is among the least visited which makes it a go place for those still seeking remote African wild loaded reserves solely of in small families as there is assurance of secretive wildlife sightings with no masses as can be witnessed in other national parks mostly in the peak seasons. Besides be assured of the glittering sunrises and sunsets as every morning the sun upswings behind the mountains and downswings over the horizon a setting only unique to this place and a few areas in Africa.

Just like any other tourist destination in Africa and world over have a best time to visit, Pian Upe is not an exception. The best time to visit Pian Upe Wildlife Reserve is between the months of December to early March when the vegetation and area are generally dry proving a few permanent watering halls where most animals gather to quench their thirst, wallow and take a bathe making it easy to have them viewed.  Around this time of the year, the Uganda Wildlife Authority does the first controlled burning of the park which helps rejuvenate fresh grass for soft grazers and providing endless views of the vast savannahs making it easy for your safari guides and yourself easy to spot game from a far. The brown waters of the Girik River located in the southern part of the Reserve is a big blessing in this semi-arid area to the wildlife as it is the major source of water mostly during the dry season.

From the months of November to December, it’s a dry season but the vegetation is still lush making it difficult to spot animals hidden in the grass, treetops and other invisible places.

The heaviest rains of the Reserve are received from late March, April and May given the nature of the very slippery soils so the main road into the reserve and the trails are almost impassable which makes visiting this Reserve and game viewing next to impossible. The game trails are not very well maintained which pauses numerous challenges and will need a very experienced driver is it has to happened and travel using a 4WD Land Cruiser

How to get to Pian Upe Game Reserve

The wildlife reserve can easily be accessed by road from Entebbe and driving east of the Capital city via Mbale to Kapchorwa road, then branch off from Muyembe towards Bulambuli to Namalu which takes about 7 to 9 hours depending of the stopovers you make and there length. The Reserve is about 3-5 hours from Mbale city town and 4-5 hours from Moroto City. While in Nakapiripiti, Pian Upe can easily be accessed from the south of Chepsikunya trading Centre or north of Namalu trading centre for visitors travelling from Moroto city. The Reserve can also be accessed by air and the closest airstrip is located in Amudat.

Where to stay in Pian Upe Wildlife Reserve.

Once you are visiting Pian Upe Wildlife Reserve, do not be afraid of where to stay as there is a nice Tented Camp called Karamoja just below the Uganda Wildlife Authority Bandas which is another place where to stay while in Pian Upe Wildlife Reserve, Wilderness camping is another option of where to stay. There are also many hotels near the Sipi area which is about 2 hours’ drive to the Reserve. Important to note is that many Uganda Tour Operators and investors have started putting up lodges in and around the Reserve as it is see as the new herb of tourism in Eastern Uganda en route to Kidepo Valley National Park.

Journeys Uganda was an idea envisioned from Will Weber the Director JOURNEYS INTERNATIONAL based in the US, it all